Barcodes have been around for many years. In fact the barcode was first used in 1974 and it’s still going strong as the go to data capture process for many businesses. Over the years new technologies like RFID have come and offered innovative alternatives, but the fact is, if you need to ID a product quickly, cheaply and requiring cheap hardware to use it then barcodes are still the way to go. This article is going to introduce barcodes to you and then take you further so that once you’ve read it, you should have a sound basic knowledge of barcodes, what they are and how to use them in your business and as part of your rugged mobile solution. 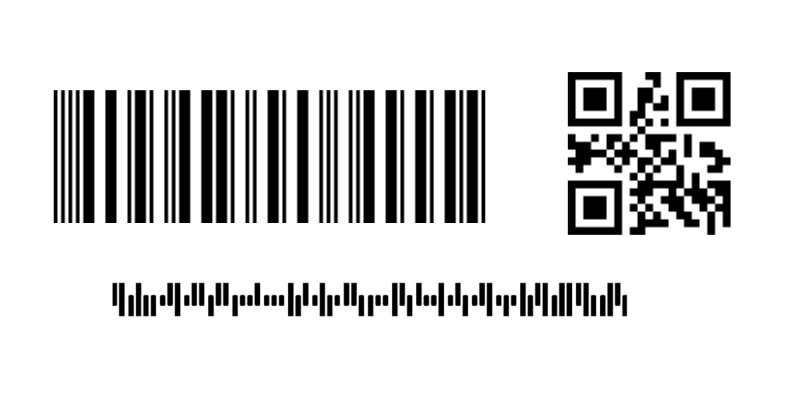 Barcodes can be broken down into 3 main types and each come with their own benefits and draw backs.

These are the type of barcode that are most common and they’re typically made up of a set of vertical black and white bars. They have various nick names like “picket fence” barcodes and they’re really easy to work with and scan.

The main benefits of 1D barcodes are:

The main draw backs of 1D barcodes are:

You’ll probably also recognise this type of barcode as they’re used a lot on parcels by courier companies and they’re also used a lot for security tagging too.

The main benefits of 2D barcodes:

It’s not likely you’ll use these barcodes but lets mention a few here. PostalNet barcodes are actually quite common, you probably haven’t noticed them on every single letter that gets delivered to you. They often yellow in colour and are used by postal service routing machines. On metal barcodes are used for engine parts and use a special dot impression to identify car parts like engine housings . Micro barcodes look just like 1D barcodes but they just smaller. They’re used on things where a little more data is needed and usually need a top quality barcode scanner to read them. .

Which symbology is right for me

If you’re planning on creating your own barcodes then you need to use one of the open symbologies. If using 2D barcodes then most of these are in fact quite open to use, the most common of which are in the form of QR code, PDF or “stacked” and more.

Open 1D barcodes are very common and we would say 80%+ of the barcodes used in self built solutions are probably using one of either Code39, code128, code93 or interleaved 2 of 5.

You can check out our quick checklist to all of these barcodes right here to see which one is the best for you to use.

You should find that using any of these barcodes will be easy to integrate into any app, documents or system you are building. 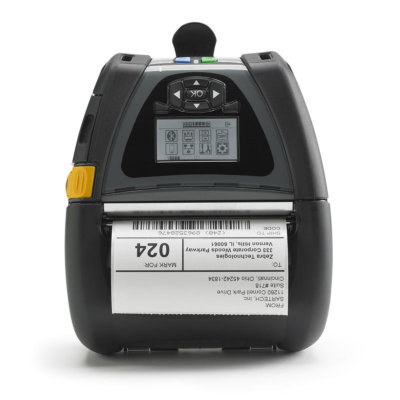 Once you’ve chosen a barcode you’ll probably need to print it and there are a few ways you can do this.

The cheapest way is to use the desktop printer your office probably already has. Please don’t use inket printers as they simply can’t print the barcode lines sharp enough and they will be very hard to read, however a modern laser printer is more than capable of printing a crisp barcode, as long as you don’t need to scan them too aggressively.

Laser printers are perfect for adding a barcode onto a set of your documents, scan “pick list” style sheets and many other applications. In fact a well known car manufacturer used a cheap HP laser printer to print of their vehicle ID codes for many years proving just how much you can do with a £200 printer!

The main drawbacks of desk top printers are

So if you want to get serious in any way about barcode printing then you’ll need a proper purpose built printer. These come in all shapes and sizes but essentially, they are all built to print barcodes of all shapes and sizes, in the places you need them, on demand.

These printers might have a bigger up front cost but the benefits of this are plentiful:

There are a plethora of places you can get pre-printed rolls of barcodes at very cheap prices. So if you need 1000 or more, with the same or incremented ID’s then just outsource this to one of these suppliers who print them on the appropriate substrates and using some of the best printers you can buy.

So, lastly we come to the final element of barcoding this article covers and that’s actually reading them!

Reading a barcode requires a barcode reader and these come in all kinds of shapes, however they all tend to have the same types of engine now, whether a handheld retail scanner connected to a till or a rugged smartphone of some kind with built in scanner.

There are 4 main types of technology people use to scan barcodes using a handheld device.

All mobile devices have a camera and you can use this to scan barcodes and for adhoc scanning they can do the job. However there are a lot of issues you need to be aware of if you want to relky on this way of scanning barcodes.

Barcode scans can misread, especially using 1D barcopdes. Arguably this is a more serious problem as you could in effect read the wrong ID from a barcode.

There’s no SDK to integrate this into your apps and in order to use this approach you need to learn a whole 3rd party SDK like Xing for example.

You can tell you have one of these because they exhibit a fatter, blurry red line when in use. To be honest there’s nothing wrong with one of these and even the king of barcoding, Symbol, stopped making laser scanners in favour of this technology about 3 years ago and it’s now hard to fault.

There are no working parts to break, the technology is innovative and they’re also cheap so they are found in a lot of “hybrid-Rugged” devices which to me enables and introduces a whole new customer to barcode scanning.

They also don’t use the same amount of power that a laser emitter uses but you have to be scanning a lot to tell.

Despite being a great choice of technology the fat line is difficult to aim. On some boxes where there a lot of barcodes it can be difficult to pick one out and you can scan the wrong barcode.

CCD/LED technology doesn’t have the same range as a laser or 2D scanner. Simply put the light from the emitter won’t travel far with it dissolving into thin air! However if you scan in the normal way, like up to 30cm then these should be no problem.

Only 1D barcodes can be generally scanned with this type of barcode scanner.

Once the king of scanning, laser scanners are still arguably the most aggressive scanner type you can use for 1D barcodes. They are now becoming slowly but surely obsolete as the innovation is focussed on 2D and LED scanning but they still have their place.

They’re fast, efficient, can scan over longer distances and also come in long range versions to. The thin laser line is easy to aim and we’re all familiar with this type of barcode scanner so they’re easy to use.

Well these only scan 1D barcodes too.

Laser scanners have moving parts in the form of a rotating mirror, so they aren’t inherently as rugged as LED or 2D scanners. I have to say though that in all my years of selling this type of kit I think I saw 1 laser scanner that broke!

The laser emitter can be dangerous if not used correctly and point into someone’s eyes.

So these are essentially little cameras but they’re super optimised to read barcodes. 2D scanners used to have a big trade off between the cost and whether you might be scanning 2D barcodes in the future. However these days the costs are getting very close to LED and laser versions.

2D scanners are also extremely efficient these days and the latest versions are comparable with all but the best laser or LED scanners in terms of speed and efficiency. 2D scanners have a few tricks up their sleeves however:

They are able to scan all but the most specialised barcodes, so you’ll never need another scanner if your solution expands.

2D scanners have green and red lights that can increase the contracts of barcodes and make them easier to read.

They are also usually highly configurable so you can set them up for outdoor, indoor or poor lighting conditions quite well.

The drawbacks of 2D scanners

I have to say the arguments against 2D imagers are getting weak. The pricing difference isn’t that bad these days, they’re going to equal laser/LED technology for efficiency for most of us and they really are a decent scanner for either 1D or 2D scanning these days.

So there we go, this article should now give you enough knowledge to walk the walk a little when it comes to barcode scanning and you should be scanning like our Raptor E5 in the video below! If you need any help then just drop us an email or get onto twitter and we’d be only too happy to help you.